How many people does it take to make a batch of almond English toffee? Well, if it’s The Dangerous Stuff, it takes a whole family! Don and Laura Ross started The Toffee House in 2002 and have since enlisted the help of their 9 children, along with 4 sisters, 3 brothers, 2 siblings-in-law, 10 nephews, 8 nieces and a couple of parents.

The Toffee House officially began in April of 2002. After hearing from friends and family how much they loved her newest creation, Laura decided to begin selling “The Dangerous Stuff.” She had just given birth to her 6th child, Tommy, and figured this would be a nice source of some extra money at Christmas. In September of that same year, Don was laid off and the decision was made to join forces and see if Don and Laura could make enough money making and selling toffee to support their growing family of 6 kids. 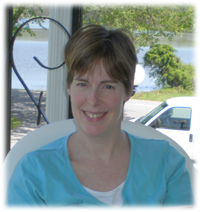 One year later, in September of 2003, Laura’s sister Nancy moved back to Pennsylvania from Georgia. Don and Laura convinced her to put off looking for a “real” job until January so that she could help them through their busy Christmas season. Nancy was with The Toffee House until February 2014 when she left to start her own venture, Chicco Baccello.

In the fall of 2004, brother-in-law, Bill, joined the effort to help with corporate sales. He’s been with The Toffee House ever since, although now he has become the chief toffee maker.

In March of 2005, The Toffee House was filmed for a Food Network show called “Recipe for Success.” At the same time, the search was on for a larger home – by now there were 7 kids (with one on the way) and a house full of tins, ingredients, shipping supplies and toys. The show aired in July of 2005 – the same week that a move to a larger house was made, and baby number 8 arrived.

That’s when sister Angie joined to help out with the bookkeeping and accounting. The first of the nephews were also recruited at this time – Chase and Andrew began helping out while in high school and college. And Grandma and Grandpa were there on a regular basis to help corral kids or mop a floor. 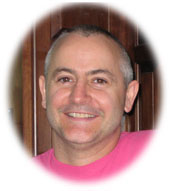 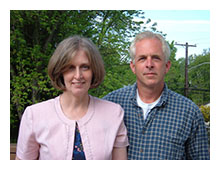 Sister Sue was the next to join The Toffee House family. Eligible for retirement from her bank job, Don and Laura did a little arm twisting and convinced her to get out from behind her desk and get her hands into some chocolate. She became the resident chocolate drizzler, and worked many years taking care of all things chocolate.

After only one year making toffee in their new, larger home, in 2006 operations were moved out of the house and into a warehouse close to home. At that point they recruited nephew Jimmy. (One year the family members in production decided everyone in production needed to have a rapper name, because, well, don’t all chocolatiers have rapper names? Jimmy’s is Jimmy the Tulip in case you were wondering.) Jimmy helped with toffee making and chocolate drizzling pretty much every season until he graduated from college and got a “real” job. Every once in a while, he is able to come in and help with making the Bark.

With the capacity to make a lot more toffee, nephew Mike was brought on board in 2007 as the sales and marketing guy – in an effort to begin building the wholesale part of the business. (Up until this point sales were almost exclusively directly to the customer.) Mike eventually moved on to bigger and better things, but he did make an appearance a few years ago as a toffee packer while he was in between jobs and getting his MBA.

Sister Diane also came on the scene in 2007 and is still doing the same thing today as she did then – a little bit of everything! She helps with packing toffee, with the retail store, with lighting a fire under Don and Laura when they need it, and with spending long days at craft shows selling the toffee. She has a different “real” job, but is always available to offer whatever free time she has to help do whatever needs to be done at The Toffee House.

Brother Jim was convinced to join The Toffee House in 2010. He has a seasonal tax business and had some free time in November and December. What better way to spend that time than at The Toffee House?  Fortunately he agreed to do that (you gotta love big brothers.) He comes in every November and December and helps out with production. He comes back every year with “fresh eyes” – helping us to improve processes and generally make things better. He’s The Toffee House’s official “idea man.”  Normally that meant he came up with the ideas then disappeared while we did the work.

Mike’s wife, Jackie, also joined that year packing toffee whenever she had a spare moment away from her duties as a mom.

In 2010, niece Lauren O. came on board to help pack toffee. In 2012 brother Michael entered, traveling from his home in Seattle to spend the holidays with family while working seasonally at The Toffee House.  Nephew Jake, niece Hannah O. and sister-in-law Terri also came on to help pack toffee.

In November 2012, niece Lauren S. came on to answer phones.

Brother David and nephews Josh & Seth came from New Hampshire for Thanksgiving in 2015 and were “guest workers” for that week – helping out in whatever areas they were needed.

Nephew Billy and his wife, Hannah S., joined The Toffee House in 2015 after moving home from Nashville, TN. Billy joined his parents, Bill and Sue, in production and Hannah helped out in the toffee packing room. While a local school district was on strike, nephews and nieces Danny, Abbey, Anthony and Annie, came to spend their time off of school packing toffee. Niece Meghan also came on board to help out manning the retail store.

In 2015 niece Jackie switched roles and took on, some could argue, the most important job of all –nanny to the younger of the Ross children. She took care of the kids and the daily house duties during November and December, allowing for a somewhat “normal” atmosphere at home during those crazy “toffee season” months.

And last, but not least, throughout all of their lives, the Ross children – all 9 of them – have been involved in the many different aspects of the business. When The Toffee House began there were 6:  Matt, 7; Maria, 6;  Angie, 5; John Paul, 3; Katie, 18 months; and newborn Tommy. Since they were schooled at home, they had many opportunities to work in the business during the busy season.

Matt spent many years traveling long weekends with Don to craft shows. They traveled all throughout October and November, and a couple of weeks into December. Matt got to sleep in hotels, talk to people all day and get a lot of one-on-one time in with his dad. Pretty sweet deal.

Maria was the official chocolate drizzler for most of her Toffee House career. Although she has done her share of packing toffee and working the store and pulling through on the yearly mid-December all-nighter that inevitably happens each year. Currently, Maria is a nurse in Pittsburgh and stops in every once in a while to help out around the shop. 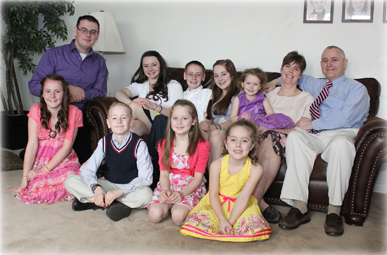 Angie seemed to work in a different department each year. She has been a toffee packer, a phone answerer and a drizzler – she is comfortable, and capable, in each of those roles. Now she is at college near Cleveland and sadly we only see her sporadically during the toffee season.

John Paul took over on the craft show circuit once Matt graduated. JP was also a self-titled “stay-at-home mom” for a couple of toffee seasons.  JP entered public school his sophomore year and since then has only had time to work after school (outside of swim season) to help our seasonal high-school workers with end of day cleanup. Now JP is at college in Pittsburgh and similarly to Angie, we only see him now and then during toffee season.

Katie was a toffee packer and, once Maria graduated, became the new chocolate drizzler.  She followed John Paul into public school and likewise is only available after school (outside of swim season.) Now that she has graduated school and is on a gap year, she is working full time at the Toffee House raising money to continue traveling the world. She recently came back from the UK having spent 3 weeks in London on her own. Now she is working for us full-time while she continues her college education.

Tommy is now the regular craft show traveler – if you meet up with us at one of our shows, chances are you’ll meet him. He has also become well trained in the packing and finishing rooms, mainly in the off season, when the seasonal people are not there, but the work still needs to be done. Tommy will be leaving for NY in the fall to attend college.

Although Emma and Lizzie are both in high school, they sometimes come in after school and help with trays and packing. Leah is our last child and as she is in middle school now, she helps every once and while working the store.

Jim, who is married to Laura's sister Angie, joined the Toffee House near the end of 2019 to help with sales and marketing. We were able to make it through the restrictions imposed on the nation by the government during 2020 and are optimistic that the seeds that were planted will grow our wholesale and retail business going forward.

Sign Up Now
For Email Newsletters you can trust.